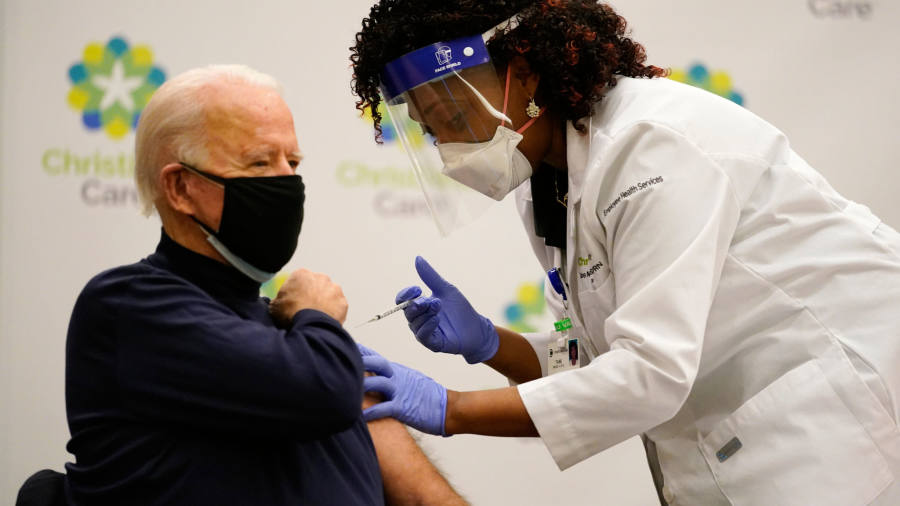 Hong Kong and India suspended flights from the UK on Monday, joining a list of countries imposing bans as fears mount about a more infectious strain of Covid-19 that has spurred a tough lockdown across the South-East of England.

Passengers hoping to travel to Hong Kong, including residents of the territory, will be unable to board flights from midnight on Monday until further notice if they have stayed in the UK for more than two hours in the past 14 days.

“In the past, we have never imposed such strict regulations on any regions,” said Hong Kong’s secretary for food and health Sophia Chan. “But this time the mutated virus is becoming rather serious, it is necessary to stop the virus from the source and prevent it from spreading in Hong Kong.”

Hong Kong has been battling a fourth wave of Covid-19. It has reported more than 8,230 confirmed case in total and 130 deaths.

Meanwhile, all flights from the UK to India will be suspended from December 23 through to December 31, the Ministry of Civil Aviation said. Any passengers on flights arriving before that will be subjected to mandatory Covid-19 tests on arrival.

Speaking before the announcement, health minister Harsh Vardhan had sought to ease concerns about the latest strain, telling a press conference that “the government is fully conscious about everything. If you ask me, there is no reason to panic.”

The aviation ministry did not specify what it intended to do next month. Boris Johnson is expected to visit India in January to attend India’s annual Republic Day parade as chief guest on January 26.

India has the world’s second highest Covid-19 case count at more than 10m, but has recently recorded a drop in daily infections from nearly 100,000 in September to around 25,000.

Poland, Turkey, Germany, France, Italy and Ireland were among the first countries on Sunday to bar people travelling from the UK. Belgium, Austria and the Netherlands – along with other nations – have also blocked UK arrivals.

Elsewhere, Saudi Arabia has suspended international flights for at least a week to protect the kingdom against the new coronavirus strain, which British health secretary Matt Hancock warned at the weekend was “out of control”.

The 40 Weirdest (And Best) Charts We Made In This Long, Strange Year

The 40 Weirdest (And Best) Charts We Made In This Long, Strange Year