Tom Brady’s Net Worth: How Rich Is the NFL Player?

Who knew in the 21st century that sports would turn out to be a lucrative venture and sportspersons will be lined among the richest people in the world? Well, athletes are defying odds. In the recent past, sports have become well-paying professions and no less in the National Football League. Tom Brady has carved out his name as one of the greatest National Football League (NFL) players. He is considered by sports journalists, pundits, commentators, fans and fellow players as the best quarterback of all time for his 22 impressive years and more on the field. Tom spent his first two decades at the New England Patriots, where he crushed records of games played, yards passed, completions, and touchdowns. So what is Tom Brady’s net worth?

It is no doubt that with all these achievements in the NFL, Tom has attracted a hefty amount of cash in salaries and endorsements deals. He has amassed enough to become one of the richest National Football League players and among the highest-paid athletes worldwide. So, how rich is the American footballer?

Who is Tom Brady?

He is a well-known American football quarterback. He is famously known for a successful career playing for two teams consecutively, New England Patriots and Tampa Bay Buccaneers, for two decades and two years, respectively.

The footballer was born Thomas Edward Patrick Brady Jr. in San Mateo, California, the United States of America, to Thomas Brady Sr. and Galynn Patricia. He was born on August 3, 1977, and as of 2021, he is 43 years old. He is the only son in his family and has three siblings, sisters, Julie, Maureen, and Nancy.

What is Tom Brady's net worth?

What is Tom Brady's salary? 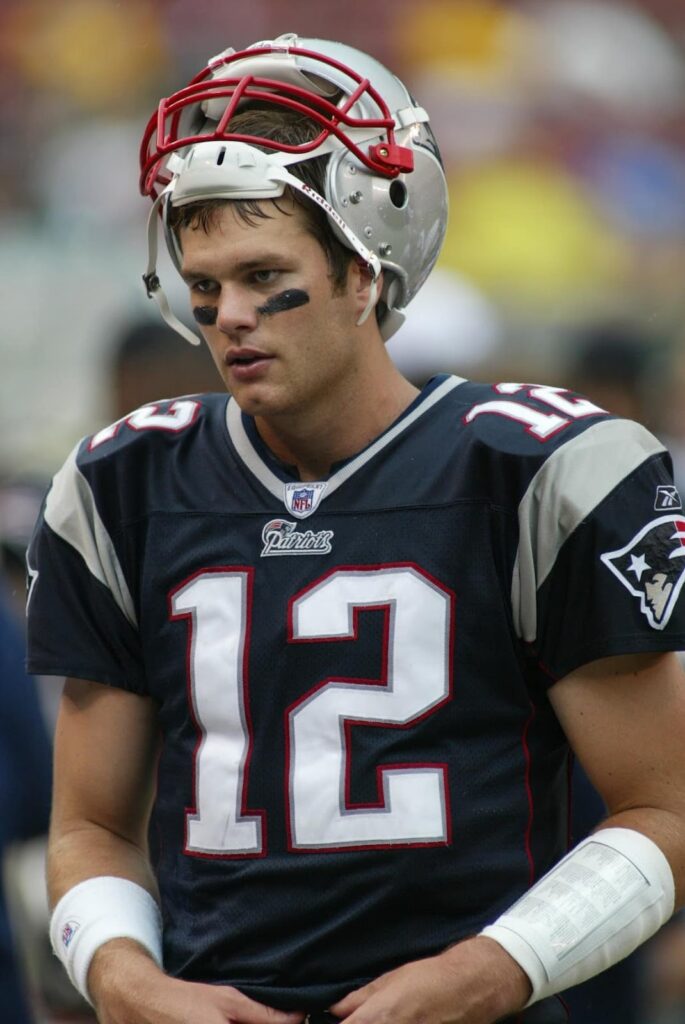 Brady made his first salary after his draft pick soon after college. He was drafted in the sixth round for the 2000 draft and signed his first contract with the New England Patriots. He became the starting quarterback for the team, where he spent 20 years with unrivalled performance. He signed multiple contracts afterwards while he was in the team.

Tom bagged a handsome amount in his stay at the New England Patriots. During his 2-decade impressive performance at the patriots, he earned a whopping $230 million in salaries and incentives alone and an additional $100 million from endorsement deals.

Here is the breakdown of the multiple contracts Tom Brady signed during his play at New England Patriots.

He hit the peak in 2010 when he signed a $72 million contract which skyrocketed his name to become the highest-paid NFL player.

After a successful run for 20 seasons at the Patriots, he joined the Tampa Bay Buccaneers for a 2-year contract deal that saw him say goodbye to his past team. He signed the deal during the offseason, which extended his stay to the end of the 2022 season.

His move to Tampa bagged him a lucrative deal with a substantive $50 million in salaries and incentives plus an extra $31 million in endorsements. He recently extended his stay in Tampa. Below is the breakdown of the contract.

He has endorsed some brands like Under Armour, Molecule Mattresses, Upper Deck, Aston Martin and IWC watch. 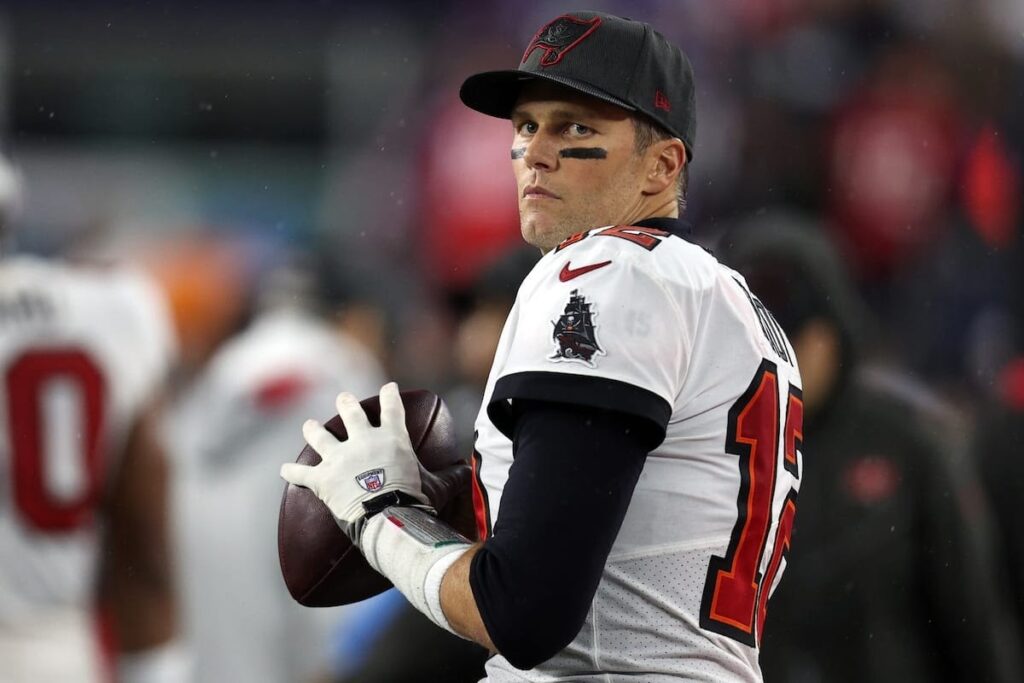 Tom Brady owns expensive properties across different states in the United States of America. Although he has sold some of them from time to time, it is evident land appreciated, and he has made a lucrative deal from the sale of his properties.

Tom Brady and his family live in Brookline, Massachusetts. He has a wife and two lovely children. He lives with his family in a mansion that has five bedrooms, seven bathrooms, including a master suite with two walk-in closets for him and his wife.

The mammoth house boasts an exquisite kitchen with a resident chef who prepares sumptuous meals for the family. The house also has a sports room, a wine storage facility, a well-stocked library and a fully equipped gym with the latest equipment. The custom-built home cost $40 million.

Tom and his wife also bought a plot of land worth $9 million in Brentwood, Los Angeles. He spent $20 million developing a 14,000 square-foot home. Although he sold the house, he had lived there with his family for almost a year. The mansion was sold to the famous Dr. Dre, who acquired the property for a straight $50 million.

Tom and his wife also bought a luxury condo in New York’s Tribeca, completed in 2018. The apartment was on the 12th-floor unit. He spent $25.5 million in buying but sold the unit 2 years later, in December 2020, for $40 million. Tom Brady also owned a Penthouse in Manhattan, which costs $65 million.

Tom Brady owns a lifestyle brand known as TB12. The lifestyle brand performs very well as it makes a whopping $20.3 million per year. Besides, he owns another company, 199 Productions, which was started in March 2020.

When it comes to his car collections, he owns the following cars. 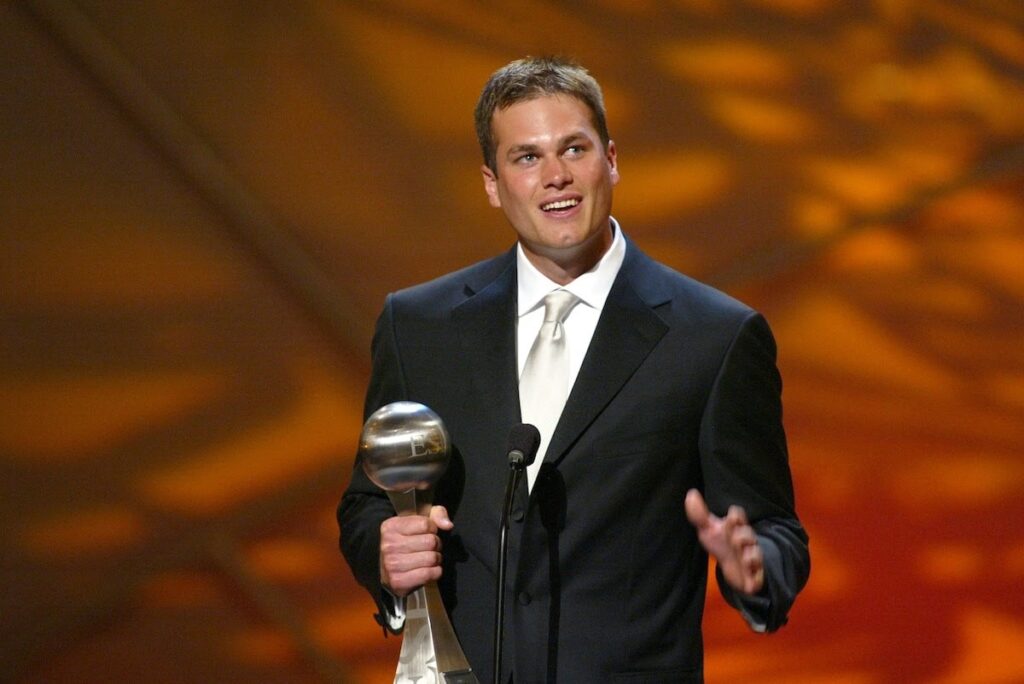 Tom Brady always showed a keen interest in football from a younger age. During his high school at San Mateo’s Junipero Serra High School, Tom played football as well as other sports, including baseball and basketball. He kicked off his career during his junior year as a starting quarterback for his high school team through to his senior year in 1995.

As soon as he cleared high school, he was determined to play college football and was signed to play for the University of Michigan. Although he was a backup quarterback during his first two years, he landed on the starting team in subsequent games through his sheer hard work on the pitch. He set new records for most pass attempts and completions in the same season.

Tom Brady’s success on the pitch is unparalleled. He played ten super bowls at the New England Patriots, where he won seven of them. He made news as the second quarterback in the National Football League history to lead his team to five Super Bowls in 2012 and the only player to win all of them playing for one team. Besides, Tom Brady has won three NFL most valuable players (MVP) and a record of five Super Bowl MVP.

Besides his football career, he is also an actor who has appeared in eight films and Tv series. He has also produced three series and appeared in 93 TV specials and shows as himself.

Below are some of his credits according to his IMDb page.

TV special and credits (Appearance as himself)

Tom Brady’s net worth continues to grow rapidly. At 43 years old, he has an impressive run at the National Football League and has earned himself a hefty amount from his various ventures.

Arnold Schwarzenegger’s Net Worth: How Wealthy Is the Former Bodybuilder/Actor?