This story originally appeared on PCMag

New York’s first-ever Blockchain Week (May 11-17) features scores of conferences, events, and summits, but the biggest is Consensus. What do you get when you cram 8,000 attendees into a Midtown Manhattan hotel? The single largest blockchain and cryptocurrency conference New York City has experienced.

The Consensus show floor embraced the buzzy decentralized technology with open arms; it was festooned with crypto swag and packed to the gills with companies from all over the world. We scoured the exhibition hall to find the most promising, innovative, and—in a few cases—the most bizarre blockchain startups at the show.

Propy is a blockchain startup using smart contracts for what I’ve always thought was one of their most fascinating use cases: land titling. Built on the Ethereum network, Propy is a global property marketplace with a decentralized title registry that lets users buy properties across cities in Asia, Europe, and the US. The key here is how Propy facilitates cross-border payments while ensuring a smooth title deed transfer through the blockchain transaction. Propy currently has two pilot programs that show its global scale; one in Ukraine, and the other in Vermont. The company has also built a transaction tool to automate all the paperwork. 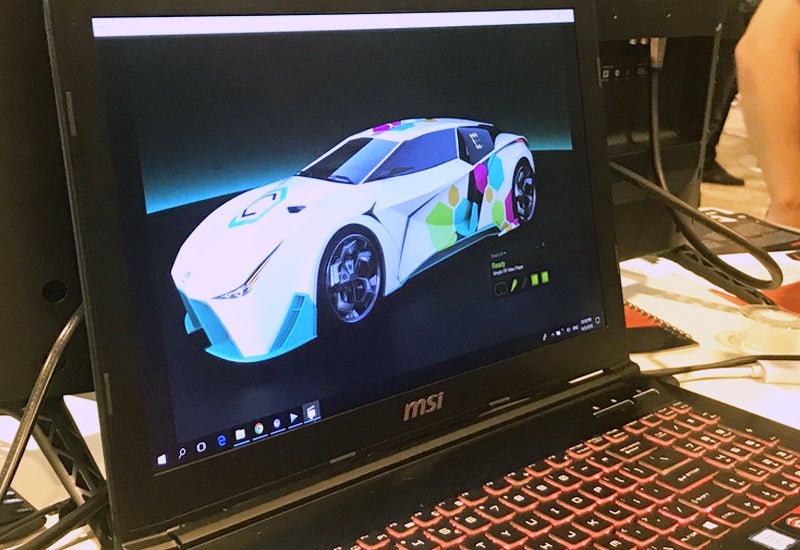 It’s CryptoKitties meets Fast & Furious. CryptoCarz is a multiplayer, virtual reality-enabled racing game where each car is tied to assets on the Ethereum blockchain the same way a CryptoKitty is.

Developed by gaming software startup Blockchain Studios, CryptoCarz is currently just a proof-of-concept demo where you can walk around a showroom in VR and look at some CryptoCarz. The VR game is built on Unreal, so it’ll work cross-platform with different headsets.

The startup will have its first auction next month with 20 car models and 650 tokens each, letting users buy blockchain-based cars to keep in their Ethereum wallets. Ultimately, the company wants to let you modify cars and race them making bets and wagers with your tokens in a full eSports marketplace. Just like Fast & Furious, CryptoCarz wants to build a VR world where if you lose the race, you lose your car.

Gem is an all-in-one crypto platform for managing a cryptocurrency portfolio. The startup integrates with 23 exchanges to let you manage all your assets across Coinbase, Kraken, etc. to track your balances, discover new coins, and even help do your crypto taxes. Gem supports trades, and said in the long-term the startup is launching a non-custodial, multi-asset wallet to store coins on the user-friendly platform as well. Gem is in private beta this month, and plans to launch in the summer.

This Australian startup, which is also advertising its token sale at Consensus in creative ways, is a blockchain for the grain supply chain. BlockGrain connects growers, grain brokers, buyers, and logistics providers to track grain storage, deliveries, and contracts. The blockchain is for farmers, too. 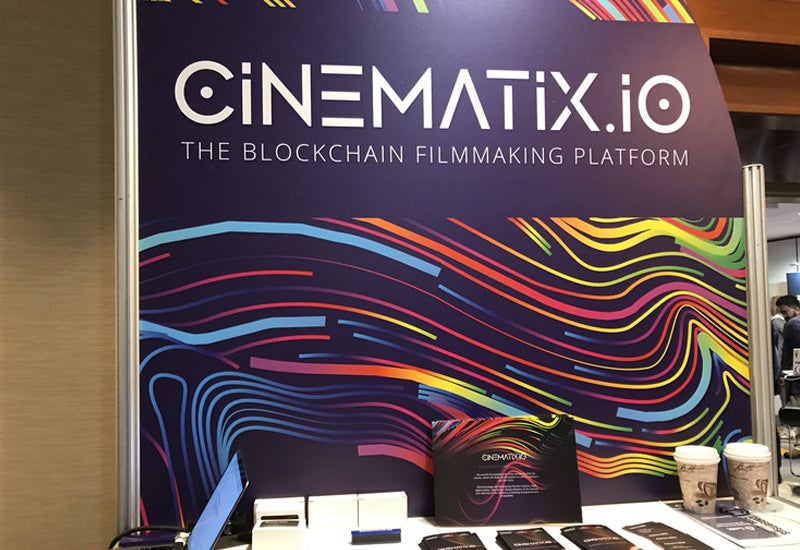 Cinematix.io is a blockchain platform that lets filmmakers run initial coin offerings (ICOs) to crowdfund their films. Cinematix uses its own tokens called CINX to carry out the crypto crowdfunding campaigns and pay out after the film has been produced. The startup is running its own ICO this summer.

Of all the startups I talked to at Consensus, Decenturion was the most…outside the box. This startup has created its own “autonomous decentralized society” for blockchain entrepreneurs, investors, and enthusiasts. Decenturion issues Ethereum-based utility tokens and actual physical passports that get you into events around the world. Still not sure what it is? Well, the website describes Decenturion as “the first decentralized state with an economy supported by instruments of direct democracy. Residents do not pay taxes to the state, and all assets are distributed for free among residents.” Power to the people, I guess.

SALT Lending is a membership-based borrowing platform for blockchain-backed loans. SALT holds your crypto assets and pays out different fiat currencies, using KYC and AML screening and compliance measures. It’s a way to collateralize blockchain assets, manage repayments, and monitor activity without actually having to sell those coins you’d rather HODL onto.

BlockMedX is an e-prescribing and predictive analytics platform built on the Ethereum blockchain to combat prescription drug fraud and abuse. The Austin-based startup is taking a much more targeted approach than a lot of the holistic blockchain-based healthcare solutions out there and focusing in on the growing wave of electronic drug prescriptions. The platform manages for identity and security through an app for doctors and pharmacists to prescribe, fill, and manage prescriptions. The startup aims to be HIPAA-compliant and is running tests and getting ready to implement. BlockMedX is also launching a token sale this summer to raise additional funding. 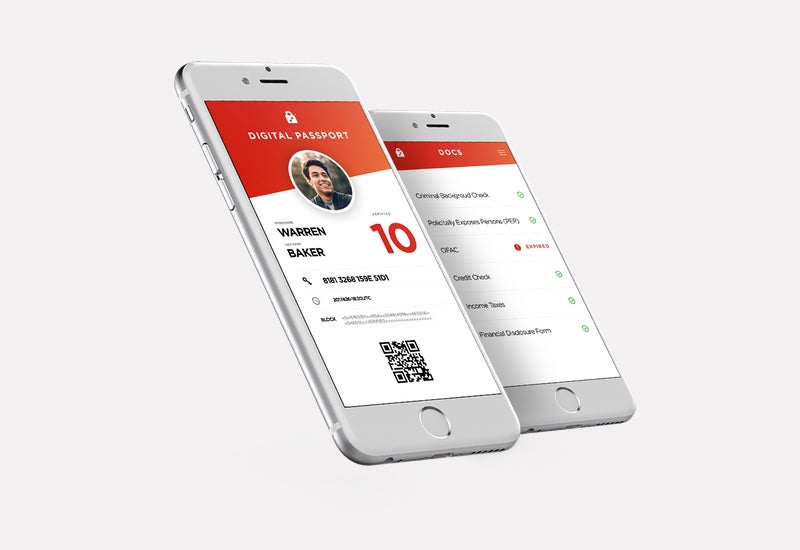 Dominode is one of the more mature blockchain startups I came across; it does regulated identity management in industries like gambling, healthcare, and aviation. Based on a permissioned Ethereum blockchain, the Dominode app gives you a digital passport to securely share digital identity on multiple devices. The company is also working with LexisNexis on credentialed issuing and projects like a blockchain-based way to change doctors’ addresses in medical directories.

Enosi is an open-source community energy platform that lets consumers choose their energy sources, and manage electricity prices and usage with smart contracts through its blockchain-based portal. The Australian startup is launching an ICO to fund its platform, which uses tokens called JOULS to access the platform and manage regional energy needs without microgrids or incumbent energy partners.

Vevue is a peer-to-peer incentivized video network built on the Qtumblockchain where you earn tokens by uploading videos and answering nearby requests to create specific multimedia content. Vevue did an ICO in January and has a working web and mobile app with a token request system and a live map of nearby users. The startup is also holding the first ever blockchain-based film release this summer, premiering the indie comedy No Postage Necessary on the Vevue platform. 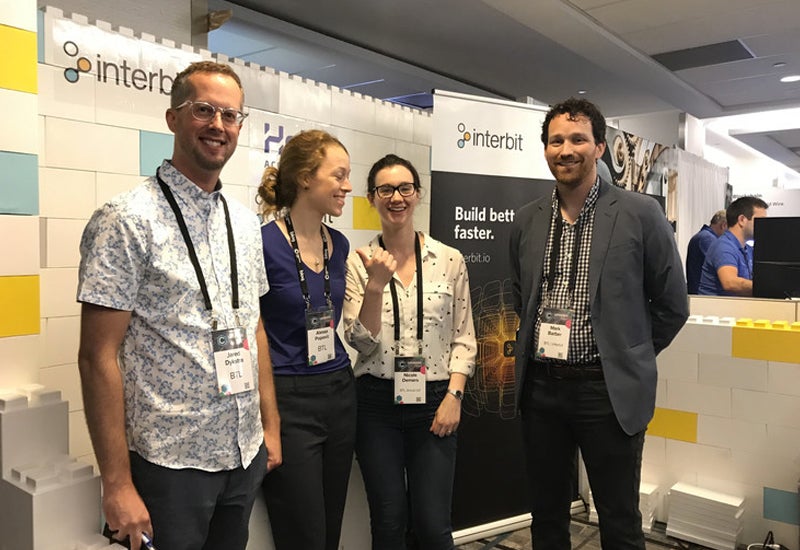 Interbit created its own blockchain network from the ground up. Owned by BTL Group, the Interbit blockchain has only been live for a few weeks but features a fascinating multi-chain architecture allowing you to segregate data in different Interbit chains (not other blockchain networks), and the company has filed a patent to share state between chains. The code is also written in pure JavaScript on the front end and Node.js on the backend, meaning the same code can run in a browser and actually turn that browser into a blockchain node. Interbit has its own Starting Block accelerator as well to encourage developers to build decentralized apps (DApps) on its scalable blockchain infrastructure.

Hyperledger on the Future of Blockchain

For more, check out my interview with Hyperledger Executive Director Brian Behlendorf, who was at MWC for a keynote, and swung by PCMag’s studio for a wide-ranging discussion on blockchain.

"A supportive culture is important to an extent, but I’d argue too much support is harmful" Sean Adler Tweet Meet Sean...