BETHENNY FRANKEL: Net Worth and Story of the Unstoppable Businesswoman

WHO IS BETHENNY FRANKEL?

Bethenny Frankel, 50, is a self-made business person, an actor, an author, a TV personality, a philanthropist, and a mother. Her father, Robert J. Frankel, was a horse trainer, while Bernadette Birk, her mother, was an interior designer. She is a degree graduate from New York University, where she studied Psychology and Communications. Frankel has excellent entrepreneurial skills with a background of working in a bakery and clothing stores which motivated her other business ideas. She became a natural food chef and started marketing Bethenny Bakes, which led to Skinnygirl Cocktails’ launching, making her $100M richer.

After featuring in the reality competition series The Apprentice, she rose to fame: Martha Stewart completed as a runner-up. Her passion for entrepreneurship boosts her net worth after selling Skinnygirl Cocktail Company, of which she is the founder and CEO.

This Real Housewives of New York City alum is rated among Forbes 100 Most Powerful celebrities. She is the founder and CEO of Skinnygirl – a clothing brand bringing practical solutions for peoples’ everyday problems. She also founded B Strong Crisis Response a project that gives women who face crises an immediate response from their success. B Strong has distributed almost 10 million dollars in aid primarily targeting Puerto Rico. Let’s learn more about this New York Times bestselling author

In 2003, she started BethennyBakes company which offered baked goods and did meal delivery in New York City. It was featured on a reality competition series” The Apprentice: Martha Stewart” in 2005. She made her way through the competition and became one of the finalists. Though the company was out of business in 2006, it was the beginning of Frankel Bethenny’s career in reality shows.

In 2008, she got selected as part of the cast for The Real Housewives of New York City. After exiting the show due to personal reasons in September 2010, she returned to Real Housewives in 2014. This is after a three-season absence. In August 2019, she again left the show with the aim of focusing on her personal life.

Besides that, The Real Housewives of New York City alum has also featured on a Bravo Reality Show, Bethenny Getting Married, and her then-fiancé Jason Hoppy. The show followed their engagement, marriage, and the birth of Bryn Hoppy, their daughter. 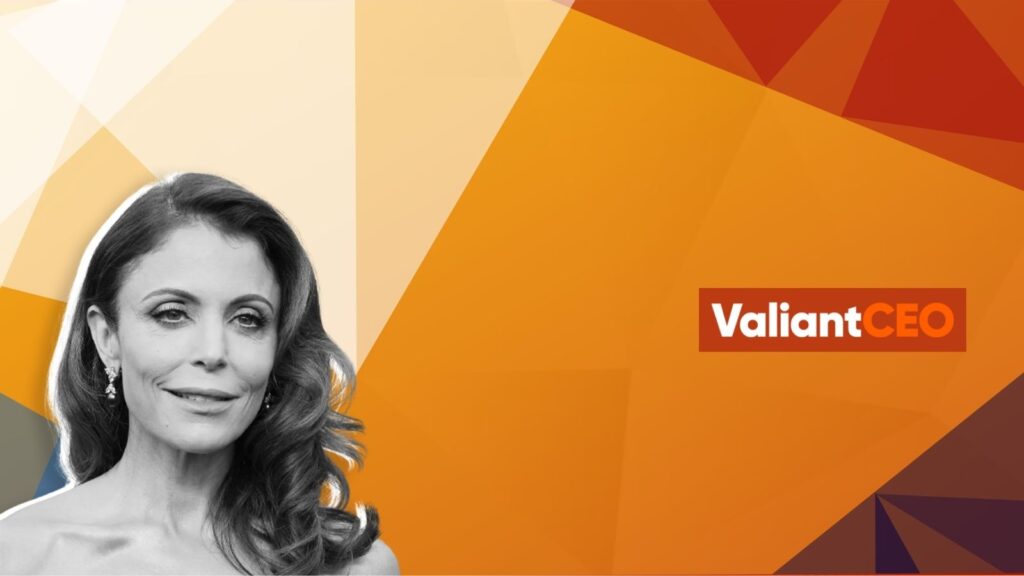 This reality star has also featured in TV reality shows like Skating with the Stars in 2010, Bethenny Ever After in 2012, and Bethenny and Fredrick in 2018. From her great personality of being an actor, she featured in The Neighbours in 2013, Nightcap in 2017, Z Rock in 2009, Hollywood Hills 90028, and One Voice Somos Live! A Concert for Disaster Relief. She has also made 14 appearances on various TV shows and appeared 25 times as a guest in various programs.

The Real Housewives of New York City fans were thrilled when she rejoined the show as a cast member for its seventh season. The show premiered in April 2015.

Bethenny has also faced her fair share of controversy. Carole and Ramona Singer accused Bethenny of sending a friend to photograph Tom D’Agostino who was cheating on Luann de Lesseps. She refuted having anything to do with Tom’s cheating photo.

Bethenny is known for her multi-talented and entrepreneurial skills. Though professionally she is a natural food chef, Bethenny Frankel has always identified business opportunities and capitalized on them.

She is the founder of Skinny Girl, a lifestyle brand for women. In 2009, she launched Skinnygirl Cocktail, built from her single offering Skinnygirl Margarita. According to research conducted by Technomic, it is one of the fastest-growing spirit brands.

In 2011, the self-made businesswoman partnered with Beam Suntory to build her portfolio to include flavored vodkas, wines, and ready-to-drink cocktails. Years after the launch of Skinnygirl, Bethenny expanded the Skinnygirl brand to a lifestyle empire that features women products to help solve their everyday problems.

BETHENNY FRANKEL AS A PHILANTHROPIST

From her background, Frankel has decided to give back to the community. Yes, her passion for inspiring women led to the launch of B Strong that partners with Dress for success. B Strong is a real-time emergency initiative providing an upper hand who face challenges during the journey to success.

Since the launch of B Strong, the initiative succeeded in raising over 10 million pounds and distributing millions of supplies for those affected by natural disasters. The United States, Puerto Rico, the Caribbean Islands, and Australia have benefited from this initiative. Recently, B Strong is working with various hospitals, government, and medical facilities nationwide to help combat Covid 19. They are raising funds for ‘Corona Kits, ‘putting families on the frontline. They are offering masks, sanitizing wipes, and gloves.  Up to date, over 10,000 individuals, foundations, and companies have also contributed to the B Strong effort. Her work with various charities featured on various episodes of  Bethenny Frankel RHONY.

Frankel Bethenny has reached out her message to people globally through her books. She is a five-time best selling author from the New York Times of:

Bethenny was first married to Peter Sussman, an entertainment executive, in 1996 and divorced in 1997.  Her second marriage was to a pharmaceutical sales executive, Jason Hoppy, cast as a reality show Bethenny Getting Married? In March 2010, they had their wedding and separated in December 2012.  The two had their daughter Bryn Hoppy on March 8, 2010.  In January 2013, Bethenny filed for divorce from Jason Hoppy. The divorce case lasted nearly four years which is more than the years they lived together.  They finalized their divorce in July 2016. According to New York Post PageSix, Bethenny and Hoppy remained married legally.

In 2016, Bethenny and Dennis Shields started on and off dating. The two of them knew each other when they were teenagers and became friends for 30 years. Though Dennis married one of her friends from high school, they were still in touch. They began dating several months after Dennis separated from his wife. However, Dennis Shields was found dead in his Tower apartment on August 10, 2018. It’s said it was a result of an overdose. Bethenny had to move on in life, and after that is when she met Paul Bernon.

Over eight years now from calling it quits with Jason Hoppy, news comes in that Bethenny is engaged to her current fiancé Paul Bernon. Bethenny Frankel’s boyfriend, Paul Bernon, began dating in 2018. The reality show star had dated Paul for two years before their relationship fell apart in 2020. The two have rekindled their relationship as  Frankel was wearing an engagement diamond ring on a weekend at a Florida Beach. Bethenny Frankel’s daughter, Bryn Hoppy, was also seen with Paul and Frankel over the Florida Beach Trip.

BETHENNY FRANKEL AS A LIFESTYLE INFLUENCER

After competing as a runner-up in The Apprentice: Martha Stewart, it opened various opportunities for her. Then featured the reality show star to Bravo’s show “The Real Housewives of New York City,” followed by a spin-off series Bethenny Getting Married? and Bethenny ever After. I bet you have watched her captivating personality on those shows.  It was then that people began following her professional and personal lifestyle. She did not stop; she hosted her nationwide daytime talk show, Bethenny Frankel Show.

Frankel started her TV production company, B Reality. She was also the creator, producer, and star at Bethenny and Fredrik, a real estate show.

Currently, Bethenny Frankel’s new show, ’The Big Show With Bethenny’, is the new business competition series to watch out for streaming live on HBO Max.

Apart from being a reality tv show star and an author, Bethenny is also an Investor. She has partnered with many investors, which makes her experienced in various sectors, including entertainment, real estate, and food and beverage. In 2017, Bethenny appeared on the ABC show: Shark Tank and landed an offer with Snarky Tea.

What does Bethenny Frankel do?

What is Bethenny Frankel’s net worth?

Bethenny, the founder, and CEO of Skinnygirl. Bethenny sold the Skinnygirl cocktail liquor company to Beam Suntory for a whopping $100 million in 2011. Bethenny Frankel’s Net Worth is reportedly around as of 2021, has a net worth that sums up to $70M. Bethenny is a famous reality television personality who starred in Shark Tank and became a prolific entrepreneur.

Does Bethenny Frankel still own Skinnygirl?

Bethenny sold her Skinnygirl cocktail line to Fortune Brand Beam global at an estimated $100M in 2011. However, she still retained the rights to license the brand name for the other products.

How much does Bethenny Frankel make per episode?

According to Celebrity Net Worth, Bethenny Frankel makes $40,000 per episode.

Is Bethenny Frankel in a relationship?

Yes, Bethenny Frankel is engaged. The former star of Real Housewives of New York City is engaged to film producer Paul Bernon. She finalized her divorce from Jason Hoppy on January 20, 2021.

What is “THE BIG SHOT WITH BETHENNY FRANKEL” all about?

The Bethenny Frankel new show will feature various contestants competing for a begrudge spot on Frankel’s executive team. On her Instagram page, she says that the show is all about what it takes to become a successful entrepreneur by using a non-traditional approach.

Bethenny tied the knot with Jason Hoppy, a pharmaceutical sales executive, in March 2010. Their wedding was televised, Bethenny Ever After.

Are Jill and Bethenny Friends?

Bethenny and Jill Zarin started as good friends on the Bravo reality show. They shared funny moments and even went on shopping dates together. Their friendship was so great that they were nicknamed Lucy and Ethel, a reference to the characters on “I Love you, Lucy.”

However, their friendship was short-lived as they began accusing each other of jealousy and lacking empathy, according to Us Weekly.

In an interview with the host Andy Cohen in September 2020, Bethenny said, “I went over there [to her house] shortly thereafter [Bobby’s funeral] to introduce her to [Bethenny’s daughter] Bryn, but I haven’t seen her since.” “She texts me every so often. I think she [texted] me because of the Jewish New Year. But we don’t see each other,” she said. “But it’s cool. Like, if I see her, I’d not hug her ’cause it’s COVID, but I would hug her if it were not a pandemic,” she added.

During the segment “The Final Word on the Street,” Jill Zarin also addressed the beef.  “So I think what I would want to say is that if I could go back on the show, the one thing I would change is not leaving Ramona’s apartment without resolving my fight with Bethenny,” she said. “I wanted to do it off-camera. She wanted to do it on camera. I just couldn’t see straight. That was the one regret that I had from the show,” she added.

Is there bad blood between Sonja Morgan and Bethenny Frankel?

No, Even though Frankel seemed harsh, Sonja Morgan believes that was tough love. the two still keep in touch.

FAMOUS QUOTES MADE BY BETHENNY FRANKEL

“You are alone in your ideas because you’re the only one who knows what’s possible.” 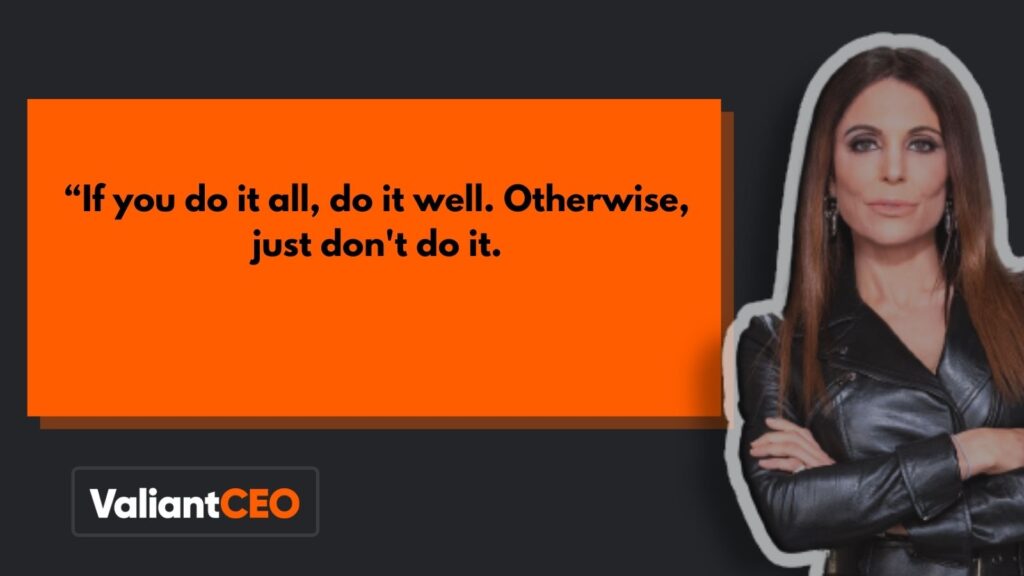 Low-Wage Workers Now Have Options, Which Could Mean a Raise

The Next Generation of Coders Need Online Summer Programs Today

Nobody can say for sure what the future will hold, but one thing is clear: it will be written in...

What Makes Someone a Thought Leader?

The Definitive Guide to Building Mobile Apps for Kids